Any Massachusetts resident who owns a Samsung Galaxy Note 7 should be aware of the recall that the company has placed on the device. The mobile phone has an issue within the battery of the device that can cause a fire and even explosion. This can lead to injury of the phone user as well as anyone nearby. Personal belongings can be at risk as well as the home where the phone is kept during charging. Samsung has alerted individuals who have the device that the mobile phone should be taken back, be it for an exchange or a refund. 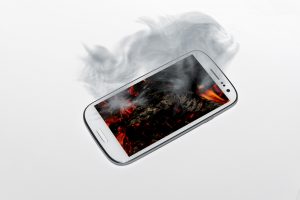 Taking Precautions with Your Phone

If you have a Samsung Galaxy Note 7, you must take great care to avoid injury. To do this, avoid charging the product. It is when the product is charging that fire can occur as well as an explosion. Do not use the device. Place the mobile phone, turned off, back into the box it was purchased in and return to the store. You can take the phone to your carrier or retailer in which the purchase was made and ask for a refund or exchange.

Samsung first began the recall within two weeks after the initial release due to the fact that 35 devices had caught fire or simply blown up. When these stories began coming in, Samsung decided to invoke a voluntary recall. Replacement devices were provided only to have the same explosive capabilities. After this was discovered, Samsung stopped production and will not be making any more of the devices. The Samsung Galaxy Note 7 cannot be sold, old or new in nature, and individuals are recommended to return the device straight away. Samsung has extended its recall to all Galaxy Note 7 devices.

If you do own the mobile and were affected by a fire or even explosion, you may have a legal case against the tech company. This will depend on when the incident occurred and if you were aware of the recall. You may be owed damages due to any personal harm from the device or perhaps damage to personal belongings or your home. You may also be due compensation from the monthly cost to own the mobile device. A Massachusetts injury attorney will be able to you determine if you have a case and take the appropriate measures to ensure you can file a case and seek compensation if available. Provide all information you have to an attorney to see if you have a case against Samsung due to the device malfunctions.

The Next Steps as a Samsung Phone Owner

The best course of action for anyone who owns the device is to return the item to the retailer. Avoid charging the phone as it can lead to fire or an explosion. Personal belongings as well as the home can be damaged if the unit were to explode while being charged. Individuals can be harmed if the device is used while being charged as well which can lead to serious injury. Take precautions to not use the device and return as soon as possible to either receive a refund or exchange for a new mobile device.